In times when stress is high, your body produces a damaging hormone called cortisol, which increases inflammation throughout the body. Plus, adrenaline (epinephrine), a hormone responsible for the human fight or flight response to fear, panic, or perceived threat.

Adrenaline increases your heart rate and blood sugar, and opens up the bronchioles in the lungs, among other effects, to perform some sort of physical activity.

But when stress occurs for a period without a physical and/or mental outlet, there’s a good chance negative consequences will arise.

In addition, stress will deplete the body of vital nutrients important for optimal health.

Therefore, it’s paramount to take natural stress-relieving measures to help you relax and diminish the angst and anxiety you’re feeling while replacing the nutrients your body loses through stress.

Below are five natural ways to combat stress and its negative effects.

If I said it once, I will say it again: Exercise is one of the best weapons to battle stress, anxiety, and even depression.

This is due in large part to endorphins, brain chemicals that make you feel good, short-term — albeit. However, it’s more of the cumulative effect of a regular exercise regimen that will help you feel alive and kicking.

While it may vary from person-to-person, running that continues for 30 minutes should release those mood-enhancing endorphins, as does heavy weight training. The heavier, the better, if you’re able to handle the weight without sacrificing form.

But don’t sleep on yoga for its calming and peaceful effects on your mind, body, and soul.

The minerals Cal/Mag work together in a two to one ratio, respectively, to help muscles contract properly and avoid spasms. That is why you will find many supplements with both minerals in that particular ratio in its formula.

Stress depletes magnesium and calcium, and also leaves the body due to the phosphoric acid in most sodas, not to mention poor diets lacking in both nutrients. So, consuming foods high in both minerals and supplementing with 1000-500 milligrams ratio of chelated Calcium and Magnesium are crucial.

B Vitamins and Vitamin C

B vitamins, which are water-soluble, are important for a heathy nervous system. When you undergo stressful situations and ingest caffeine, a diuretic, your body loses B vitamins, leaving a deficit that could be problematic if not corrected.

25-75 milligrams a day of B vitamins, in either a B-Complex formula or a whole-food, natural multivitamin after a meal, should suffice.

Foods high in B vitamins include low-fat dairy products, cheese, and eggs.

500 milligrams of Vitamin C daily after eating is enough under normal conditions.

Chamomile tea is one of the most widely-used, traditional relaxation and upset stomach remedies in the world, known for its soothing properties and often taken before bedtime to promote a night of sounder sleep.

There is no standard dose of chamomile, though studies have used between 400 to 1,600 milligrams daily in capsule form.

While chamomile is relatively safe, be mindful to not take it if you’re pregnant, as it may act as a uterine stimulant and increase the possibility of an abortion.

Plus, if you’re allergic to daisy, ragweed, aster, chrysanthemum, or marigold plants, you should proceed with caution.

And if you have a bleeding disorder or take an anti-coagulant, avoid it as it contains coumarin — an organic chemical compound found in some plants, that acts as a blood thinner and may make your blood too thin. 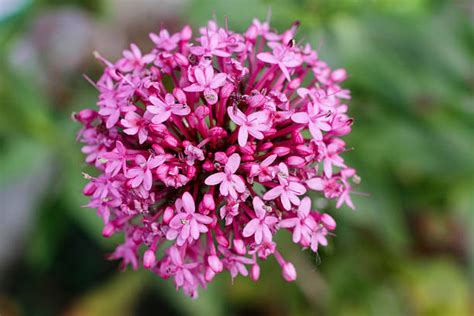 There are many studies that indicate the herb valerian, taken from the root of the valerian plant, may shorten the time it takes to fall asleep.

However, more research is needed at the moment to prove its anti-insomnia effectiveness.

Valerin also believed to help with anxiety and ease menstrual and stomach cramps.

It’s used as a tea and capsule (250-500mg) and as an extract in powder and liquid form. It is important to note that Valerian can cause a few side effects, such as headache, excitability, uneasiness, and even insomnia in some people.

Please check with a medical professional before partaking in a nutritional program.

Until next time, get healthy, wealthy, and fit (if you’re not already)!